Highland Park ISD Board of Trustees 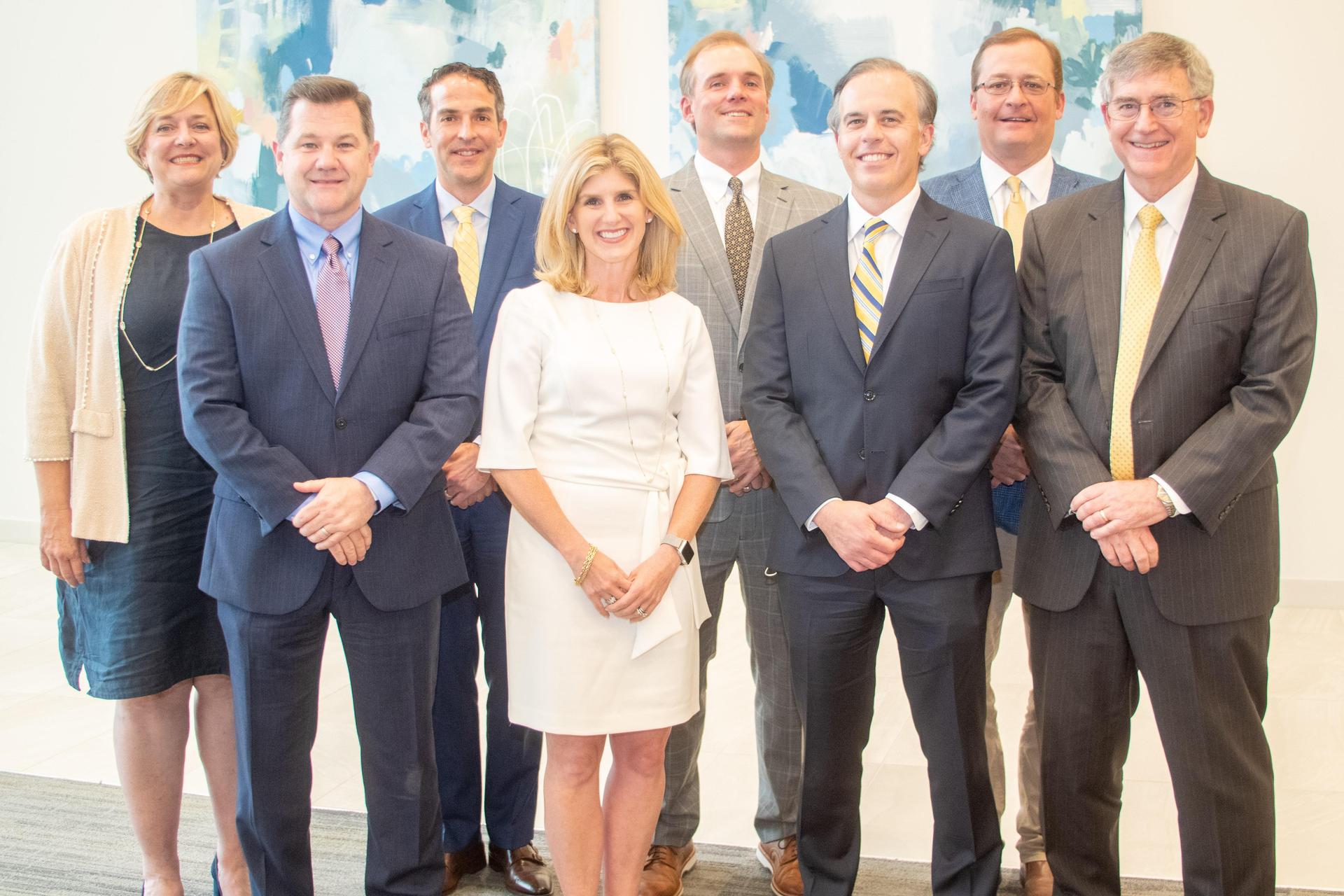 The Highland Park ISD Board of Trustees consists of seven members, each of whom has been elected to serve a three-year term. School board members are entrusted with the responsibility of setting policy and promoting educational excellence for Highland Park ISD, and receive no compensation. 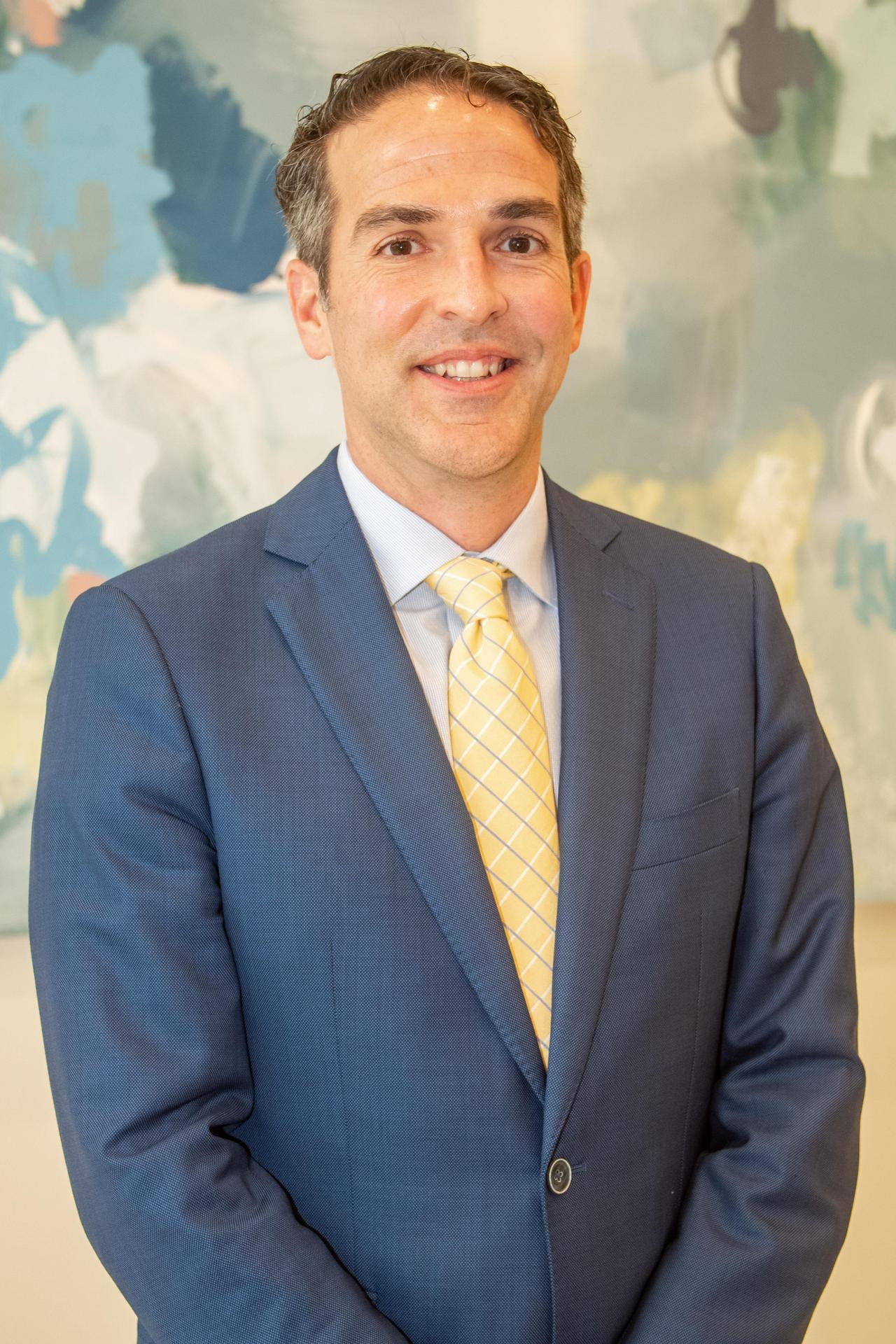 Tom Sharpe joined the Highland Park Independent School District Board of Trustees in May 2017 and was elected to serve as the President in 2021. He previously served as Chair of the HPISD Fall Reopening Committee. Prior to being elected to the Board, he served as a member of the District’s Finance Committee since 2011 and served on the Demographic Advisory Committee in 2010.

Sharpe is Vice President of Compatriot Capital, Inc., a real estate investment and operating company, and a subsidiary of Sammons Enterprises, one of the largest private companies in the United States. Prior to Compatriot Capital, Tom was in senior management at Savoya (a travel logistics firm) and Watermark Community Church. Before his time at Watermark, Sharpe was a partner at E2M Partners, a private equity firm focused on commercial real estate investment, which followed several years working for JPMorgan in its mid-corporate investment banking division. Raised in the Park Cities, he attended Armstrong Elementary, McCulloch Middle School and Highland Park High School, where he graduated as valedictorian in 1992. Sharpe received a BS in Computer Systems Engineering from Stanford University in 1996 and earned an MBA from Duke University’s Fuqua School of Business in 2003. Prior to business school, he was a Lieutenant in the US Navy where he served as a junior officer aboard the USS Salt Lake City (SSN 716), a nuclear-powered fast-attack submarine.

Sharpe has volunteered with several organizations around the community, including the UP Elementary Dads Club (President, 2010-2011), Boy Scout Troop 82 and the Park Cities YMCA, through which he has coached numerous teams for his three children. He and his wife, Catherine, have three children who have all attended HPISD schools beginning in Kindergarten at UP Elementary. Jack (HPHS Class of 2020) attends Wake Forest University, Tyler (HPHS Class of 2021) will attend Vanderbilt University, and Campbell is a rising sophomore at HPHS. The Sharpes are active members of Watermark Community Church. 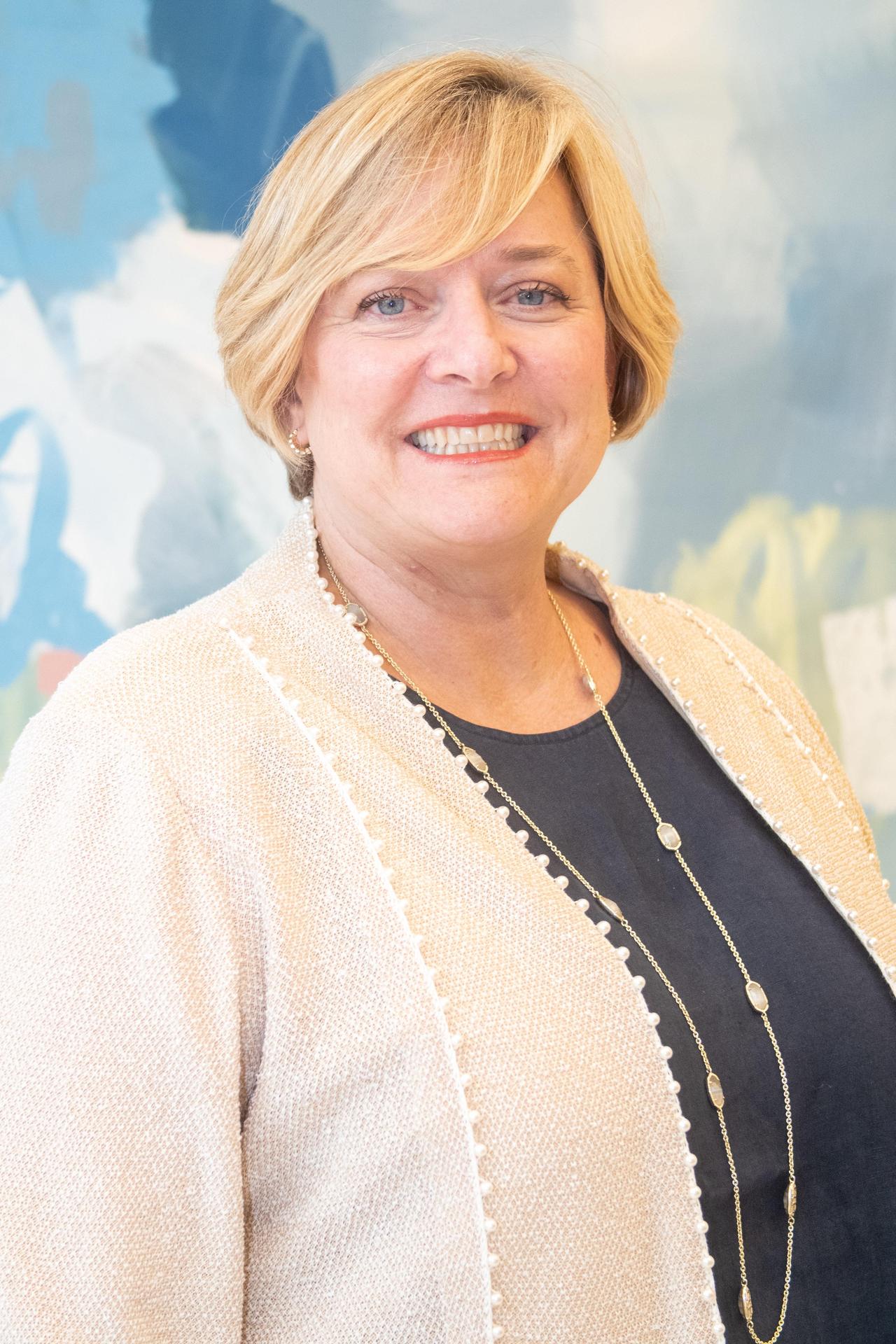 Stacy Kelly was elected to the Highland Park ISD Board of Trustees in May of 2017, taking on the role of Vice President in 2021. Prior to joining the board, Kelly led or served in 20+ positions across HPISD schools and in the District including 2012-13 University Park Elementary School PTA President, MISHPMS Raider Café Volunteer Chairperson, HPISD Learner for Future Profile, Mad for Plaid Community Liaison and HPISD Superintendent Search Focus Group.

Kelly has been involved with a number of organizations serving at-risk children, women and veterans. In 2017, she co-chaired Heroes for Children’s largest fundraiser, Heroes and Handbags. She was on the Board of Dress for Success Dallas for nearly four years. She has been volunteering on the same Meals on Wheels route for six years, and actively volunteers at other DFW charities.

Kelly is married to Joe Wiseman, and they are the proud parents of two children, Harrison (Class of 2020) and Ainsley Wiseman (Class of 2022). She and her family love to travel, and they have spent almost a full year in tents and RVs visiting places throughout North America, Central America, Europe, and Australia. The family are members of Highland Park United Methodist Church. 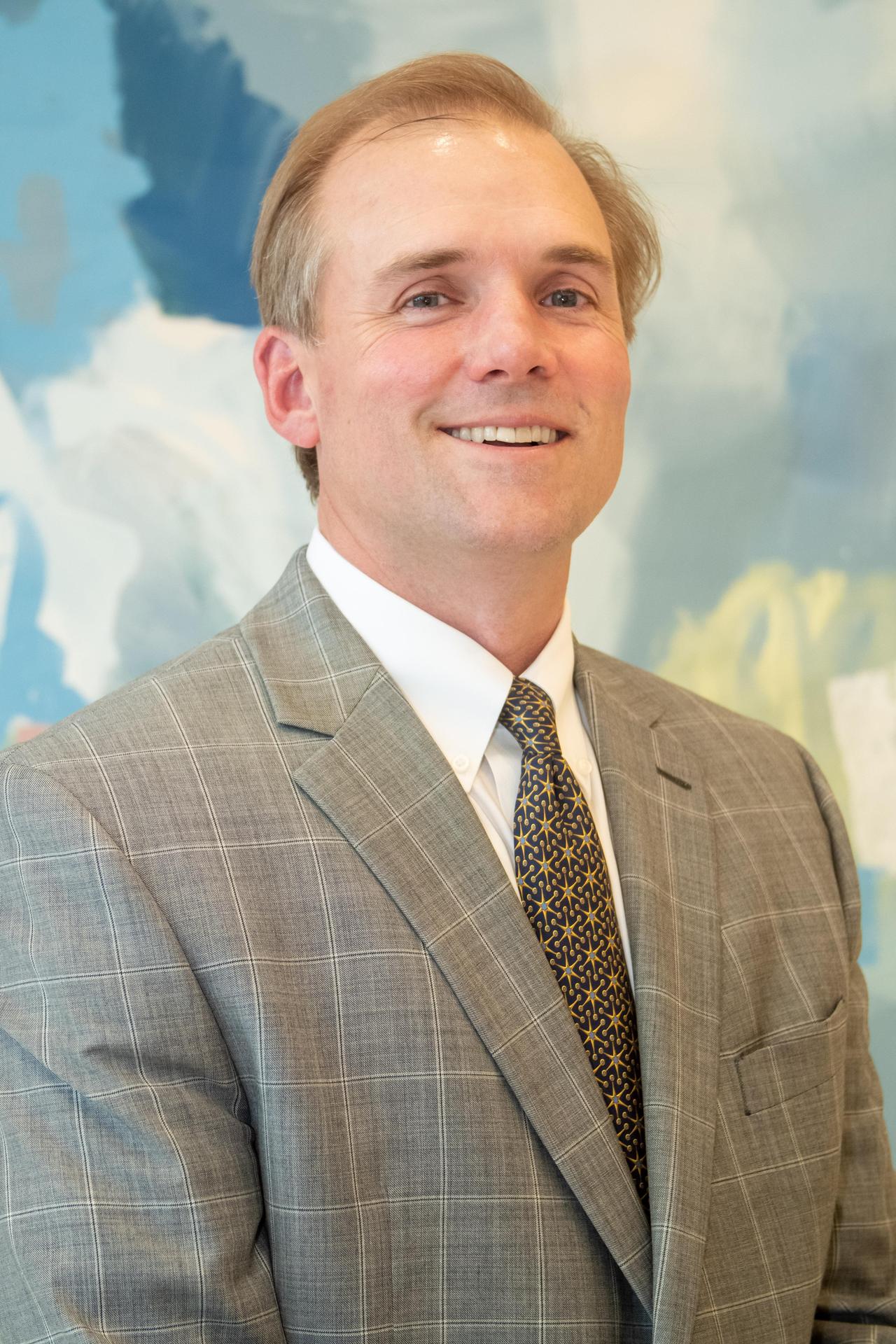 Jae Ellis joined the HPISD Board of Trustees in 2019 and was elected to serve as Secretary in 2021. Ellis also serves as the Board’s Representative on the HPISD Inclusive and Respectful Schools Sounding Board; Liaison to the Park Cities Dads Club and to the HP Sports Club; and as a member of the HPISD Design and Construction Committee.

Having graduated from Highland Park High School in 1990 and Harvard University in 1994, Ellis returned to HPISD to work as a classroom teacher and coach at Highland Park High School before he earned his law degree from The University of Texas in 1999. Ellis has been licensed to practice law since 1999, and he currently serves as a Director for the litigation consulting and litigation support firm of Courtroom Sciences, Inc.

Prior to joining the HPISD Board of Trustees, Ellis served as the Chairman of the Board for Project Unity, a DFW organization made-up of community leaders from multiple communities, races, ethnicities, and faiths, with the mission of combatting racism and injustice by promoting meaningful conversations, fellowship, and the development of genuine and diverse friendships. Ellis continues to serve as a community facilitator of “Together We Dine” programs for Project Unity, and he is currently working with leadership from HPISD and multiple other North Texas public school districts to develop the first “Together We Dine” program for high school students.

Ellis is a member of the Salesmanship Club of Dallas, where he serves as an elementary school reading buddy at the Momentous Institute in Oak Cliff. Ellis is also a member of the Board of Directors of Friends of Harvard Football.

Ellis is married to former HPISD classroom teacher and HPHS 1990 graduate, Liza (Graham) Ellis. They are the proud parents of Caroline (HPHS Class of 2019 and current University of Texas student) and Judge (HPHS Class of 2023). 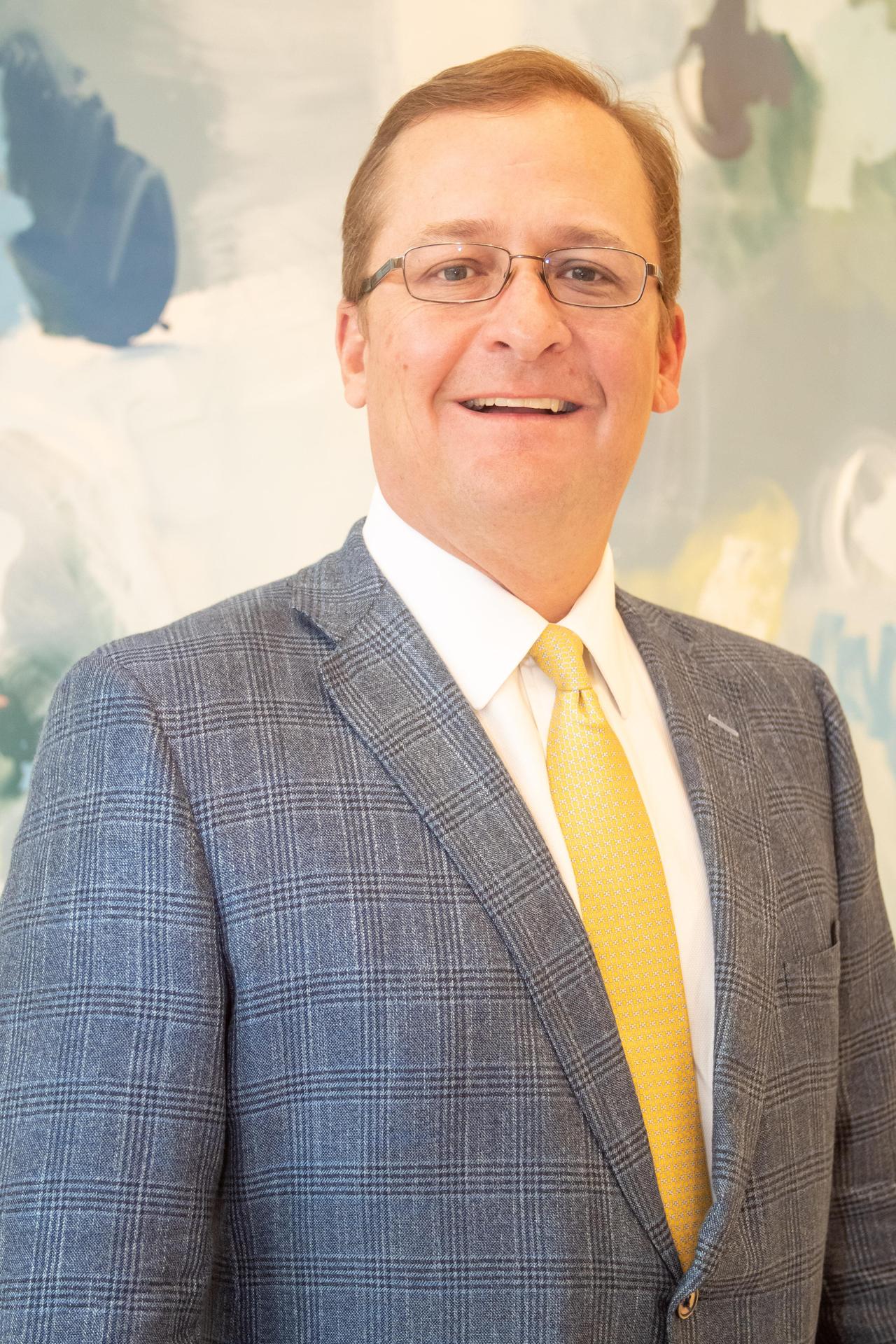 Edward Herring was elected to the Highland Park Independent School District Board of Trustees in May 2016 and serves as the Finance Chair. Prior to being elected to the Board, he served as a member of the District’s Finance Committee since 2014.

Herring is the Co-Founder and Co-Managing Partner of Tailwater Capital, a specialized private equity firm focused on the energy industry.  He has over 23 years of investment experience, and his primary responsibilities at Tailwater include deal sourcing, execution and monitoring of the investments as well as management of the Firm. Prior to co-founding Tailwater, Herring was a Partner with HM Capital and served on the firm’s Investment Committee. He also worked in the Investment Banking Division of Goldman, Sachs & Co. from 1993-1996. Raised in the Park Cities, Herring attended Bradfield Elementary, McCulloch Middle School and Highland Park High School, where he graduated as salutatorian in 1989. Herring received a double major in Economics and Political Science from Stanford University in 1993 and earned an MBA from Harvard Business School in 1998.

Herring has previously served on numerous public and private boards of directors and currently serves as a board member of fourteen privately-held companies in the energy sector. As a former Board member of Capital for Kids, Herring has been active in charitable organizations focused on improving the lives and educational opportunities for children in North Texas. Herring is also an active volunteer for the YMCA and has coached his children’s sports teams for over 30 seasons.

He and his wife, Kay, who is also a 1989 Highland Park graduate, have four children all of whom attend or attended HPISD schools:  James, a 2018 graduate of Highland Park High School now attends Harvard University; Johnny, a 2021 graduate planning to attend UT Austin this fall; Luke, a junior at HPHS, and Abbie, a freshman. The Herrings are members of Highland Park United Methodist Church. 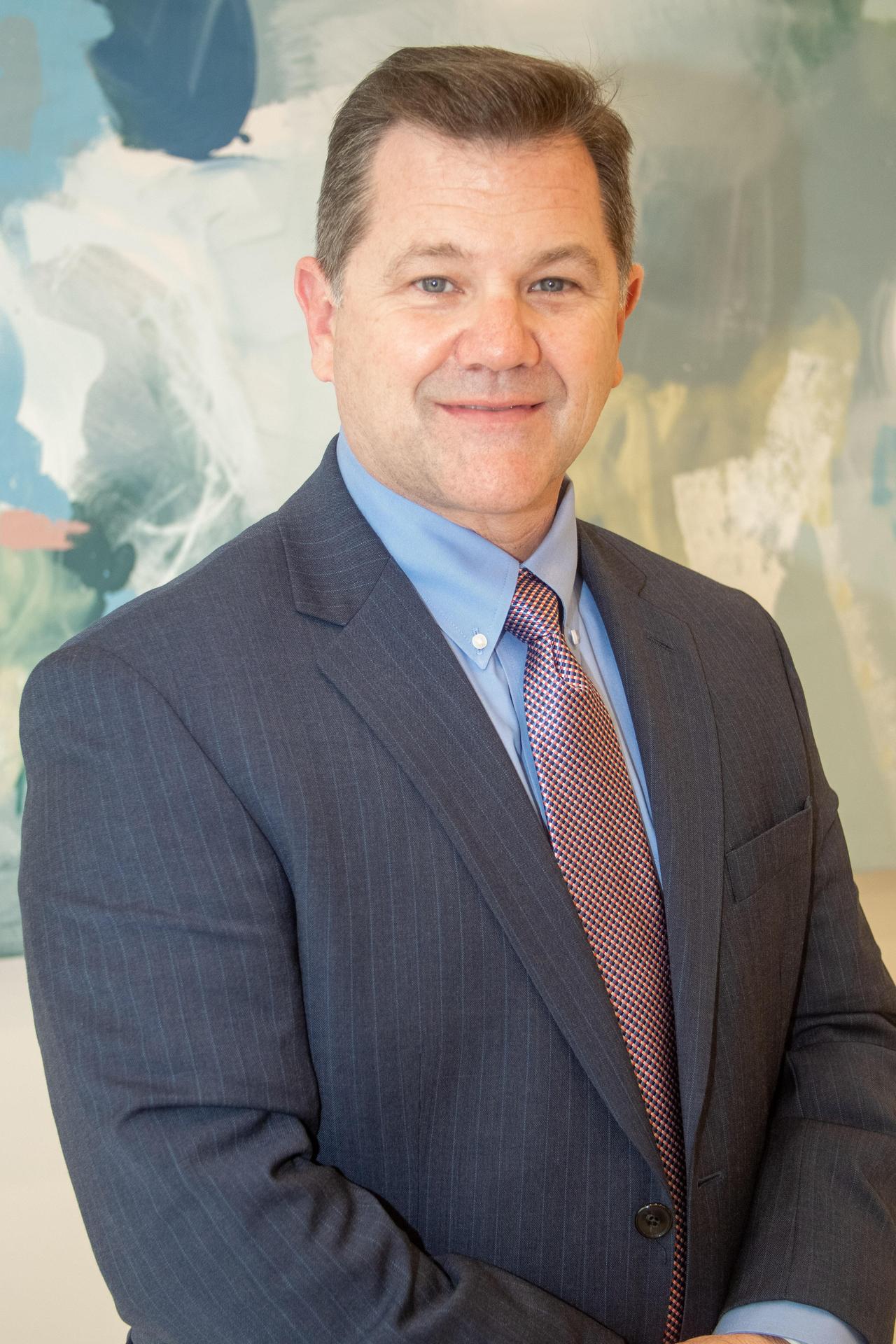 Doug Woodward was elected to the Highland Park Independent School District Board of Trustees in May 2021 and serves as HPISD’s Delegate to the Texas Association of School Boards.

Prior to his election to the Board, he served as a member of the 2019 HPISD Boundary Rezoning Committee as well as numerous volunteer leadership roles across HPISD campuses.

Born and raised in Allenhurst, NJ, Woodward graduated from Christian Brothers Academy and went on to receive his bachelor’s degree in Business Administration from the University of Kentucky in 1984 and his MBA from Rollins College in 1996. He began his professional career with Procter & Gamble in Cincinnati, OH and has built a successful career in Consumer Goods with executive roles at Walt Disney Attractions, 7-Eleven Inc., MillerCoors and Dean Foods. Currently, he serves as Vice President, Sales Strategy & Operations at CROSSMARK, a leading national sales and marketing services agency based in Plano.

In addition to his HPISD service, Woodward is a graduate of Leadership University Park and has served the city on numerous committees including Public Safety, Retail Advisory and the Centennial Master Plan Focus Committee. He has also served the Finance and Scholarship committees for the Highland Park Education Foundation, as Stewardship Chair for United Way Metropolitan Dallas and on the Board of Directors for United Cerebral Palsy (now Ability Connection).

Woodward is married to Genevieve and has two children at Highland Park High School, Dylan (Class of 2022) and Maggie (Class of 2024). They are active members of Highland Park United Methodist Church where he has led Sunday School and Confirmation classes, served on the executive committee for Carpenters for Christ and volunteered multiple times as a member of HPUMC’s international mission team in Costa Rica. 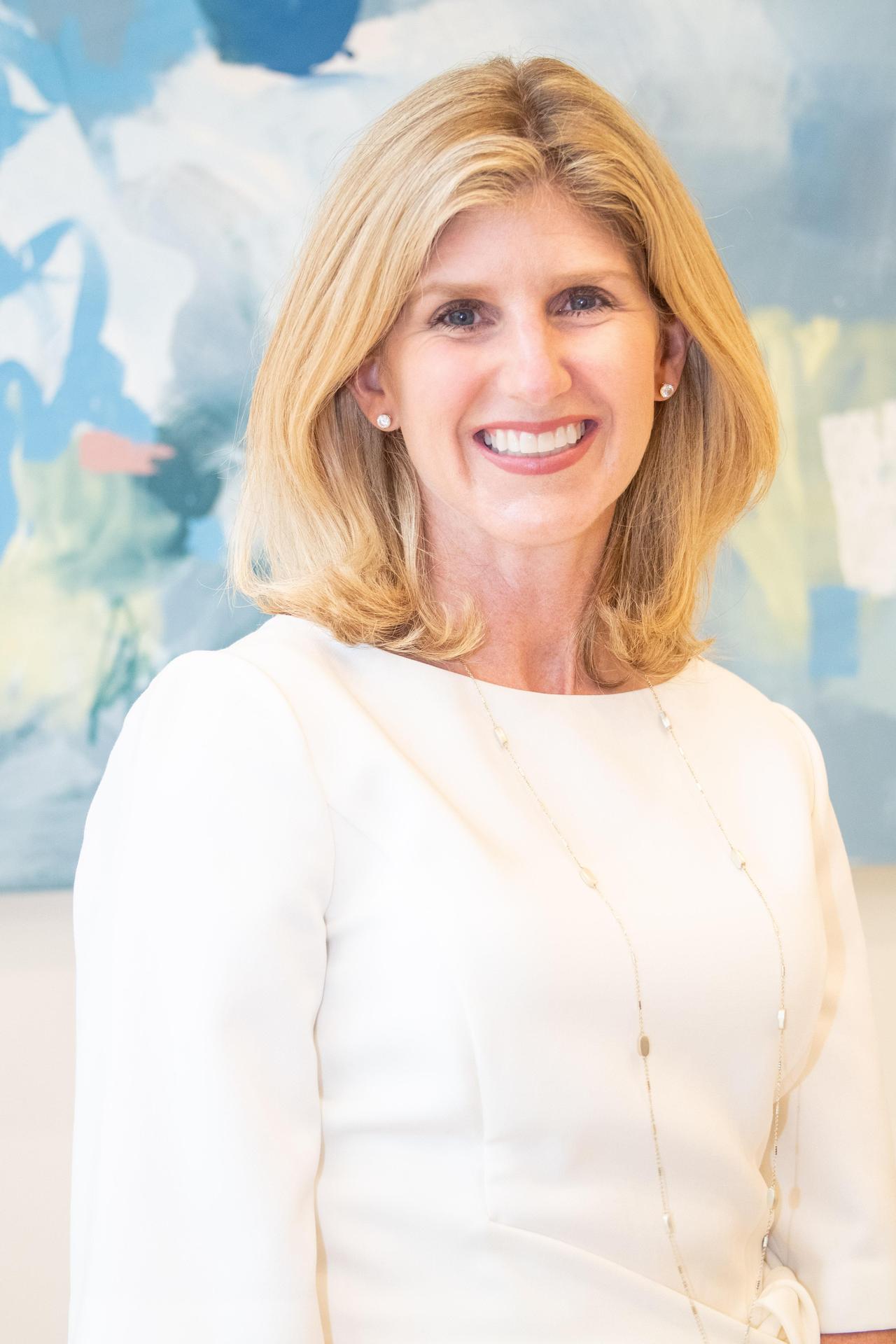 Maryjane Bonfield was elected to the Highland Park Independent School District Board of Trustees in May 2021.

Bonfield attended University Park Elementary School, McCulloch Middle School and Highland Park High School, where she graduated “Top Ten” and received the Blanket Award in 1996.  She received a double major in mathematics and fine arts from Vanderbilt University in 2000 and earned her law degree from the SMU Dedman School of Law in 2004. Between college and law school, Bonfield worked as a business consultant for Arthur Andersen. Following law school, she worked as a judicial clerk for the Texas Supreme Court before entering private practice as a corporate attorney for five years.

Prior to being elected to the Board, Bonfield served in many different volunteer capacities across the district. She has served as a member of the HPISD Facilities Advisory Committee, the HPISD Technology Committee, the Highland Park Education Foundation Board, as well as the Foundation’s Bylaws Committee. Bonfield co-chaired the Hyer Legacy Committee and chaired the 5th Elementary PTO Establishment Committee. She has held several different positions within the Hyer PTA including the e-News Chair, Cafeteria Finance Chair, and most recently, Hyer PTA President.

Bonfield is married to Chris Bonfield. They have three children, all of whom attend HPISD schools: Boone (Class of 2026), Mary Hays (Class of 2028), and Duke (Class of 2030). The Bonfields are active members of Park Cities Presbyterian Church. 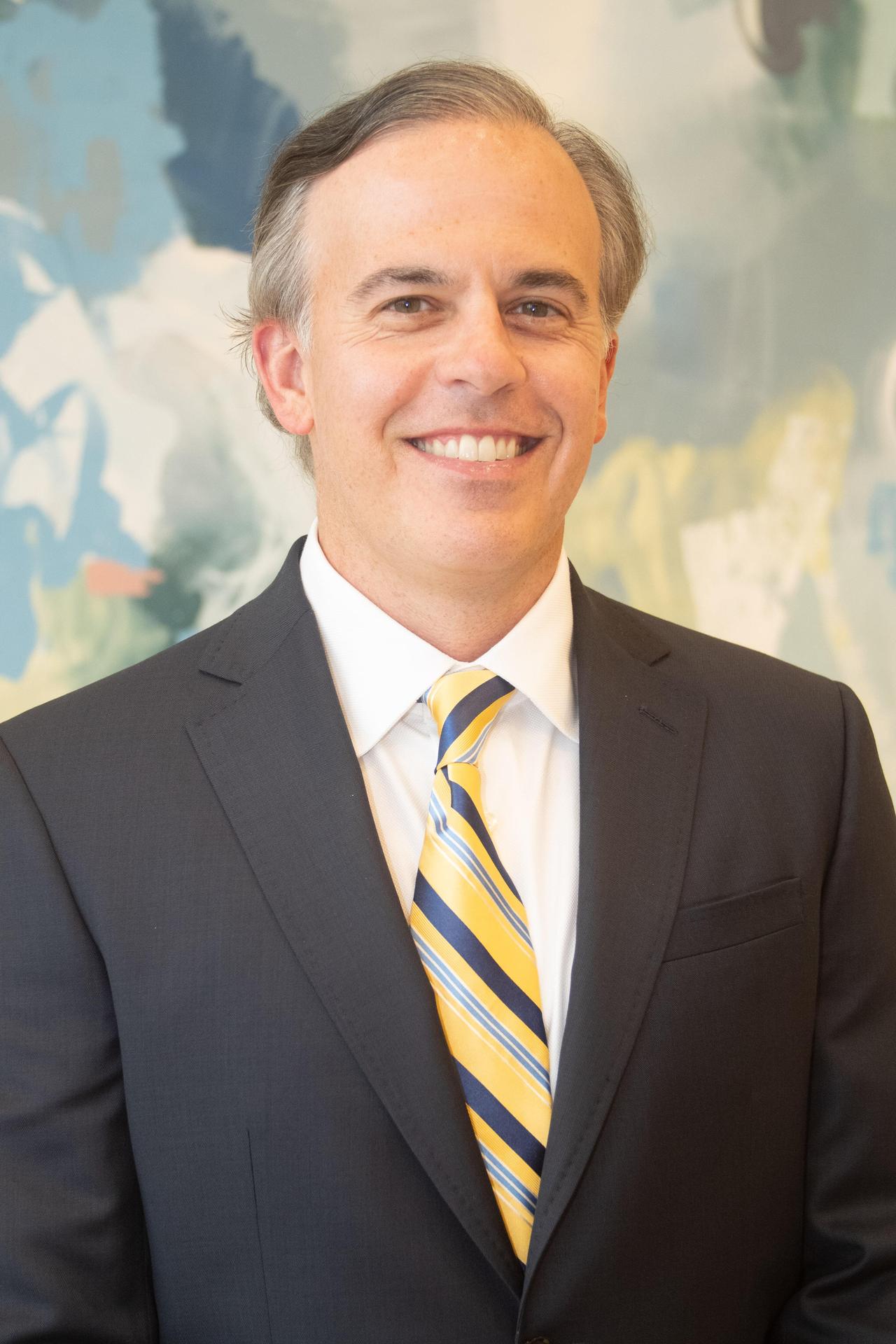 Bryce Benson was elected to the HPISD Board of Trustees in 2021. Prior to his election, he served as President of the University Park Elementary School Dads Club, and on the executive boards of the Boone Elementary Dads Club and the Raiders Dads Club. He volunteers in the cafeteria at MIS/HPMS, works in the carpool line at Boone Elementary and has served as a den leader for Cub Scout Pack 70 at UP Elementary since 2011. He currently serves as the Board representative for the Highland Park Education Foundation and La Fiesta de las Seis Banderas, and as the co-representative for the Education Services Committee.

Benson is a partner at Akerman LLP, a national law firm with over seven hundred attorneys. His legal practice focuses on business and securities litigation, and he serves as head of the litigation practice group in Dallas. Benson considers it an honor to use his law degree for pro bono matters like adoption. He graduated cum laude from Vanderbilt University with a degree in history and a minor in Spanish, and from the University of Texas School of Law. Studying abroad in Madrid, Spain was a highlight of college and fostered a life-long love of travel and appreciation for other cultures.

In addition to his volunteer roles for HPISD, Benson is an Eagle Project Coach for Boy Scout Troop 518 in University Park. He earned his Eagle Scout award in 1990, and is proud to be the parent of an Eagle Scout with two more sons in progress.

Benson is married to Amy, whom he met in the fourth grade. They have three sons in HPISD schools: Carter (class of 2023), Caleb (class of 2025) and Barrett (class of 2030). Amy served on the Executive Board of the University Park Elementary PTA for two years, also graduated from Vanderbilt and currently works in finance in the commercial real estate industry. The Bensons attend Park Cities Presbyterian Church, where Mr. Benson has served as a deacon and chair of the Justice Committee.